2016 Weekend Away at Naseby

The Weekend Away, organized by Barry & Carla Barnes, has become a great informal yearly trip to the backs of beyond outside the South Canterbury District – this year’s trip to Naseby proved to be an interesting one.

Setting of just before 10, it was firstly a trip to Waimate, where the morning tea stop was had next to the Saturday Market. With items soon purchased it was a scenic trip through the gorge and through a number of rarely travelled rural lanes to reach Ikawai and Glenavy. Once across the Waitaki and with a scenic labrynth of hilly rural North Otago roads covered, it was to the domain for the lunch stop where we met Clive Merry, with his 1938 Chevrolet sedan – along with most of Oamaru’s duck population, and a wedding party keen to have their photos taken with the Barnes Studebaker.

With many ducks happily fed, it was soon time to hit the road, down through Kakanui – and an unforeseen scenic gravel road detour due to roadworks being carried out on the coastal road. Once Moeraki was reached, it was a trip inland through the Trotters Gorge forest country to reach Palmerston – an afternoon stop for many. With several cups of tea washed down, it was soon a trip out west through Dunback, and literally up into the clouds to reach the vast expanse of the Macraes mine, and township – the local historic bluestone establishment proving a great ‘stop’ for a small number of us. Heading down into the Taieri it was soon found that we had technically reached Dunedin – being that its city boundary extended to just beyond Hyde. With the weather cleared up, the Maniototo environs of Ranfurly and Naseby were soon reached.

That evening, after we had all settled into our accommodations it was around the corner to the historic Royal Hotel for tea, a few drinks, and a captivating game of Aussie-vs-NZ Cricket on the big screen.

For the Sunday, all of us met in the main street of Naseby, travelling in unison down to Pateroa, a former gold mining village. With a quick look through the town it was a trip east along the shingle roads towards Waipiata at fast pace behind Frances Irving’s Suzuki – this was Frances’ old stamping ground when younger, and we soon arrived at the cattlestop gate of a house where she lived many years back. Unfortunately the rest of the property had long since gone, swallowed up by dairy farming, but nevertheless, it proved a great trip down memory lane.

A quick visit into Waipiata followed – the rail trail being of interest to many – along with a trip out west to Oturehua, the home of Hayes Engineering. Hayes Engineering is a historic part of Central Otago industrial heritage, complete with a number of restored ‘turn-of the 20th century’ buildings, and it was great to see the complex and its machinery running in full throttle as part of the open day held that day – the workshops and equipment enthralling all who visited, along with the historic time-warp Hayes homestead alongside.

For the late afternoon and evening a BBQ, attracting a full house, was held at the accommodation Barry, Carla, Norm, Anne and myself were staying at on Broom Street – many stories were had, and no-one went away hungry.

Monday was a going home day for many, and for most of us this meant a rugged, scenic trip via the ‘short route’, Danseys Pass. Kyeburn diggings and the Danseys Pass hotel were stops for a number of us, and great weather was had when travelling over the pass itself. Never did I consider that I would someday take the Escort over the pass, but it managed well – an eventful moment occuring at the top of one hill where 3000 sheep were met herded in the opposite direction. A look was had around Duntroon, with Timaru reached later in the afternoon. The weekend away proved an enjoyable one, and Thankyou to Barry and Carla for the work that went into making it a great one. 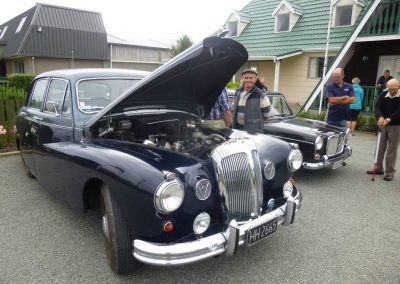 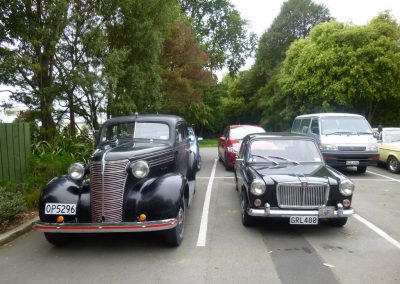 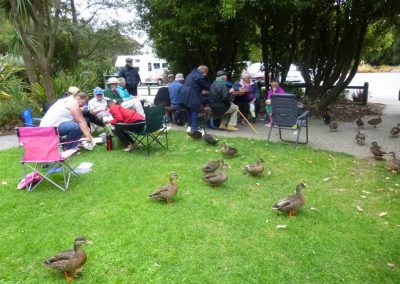 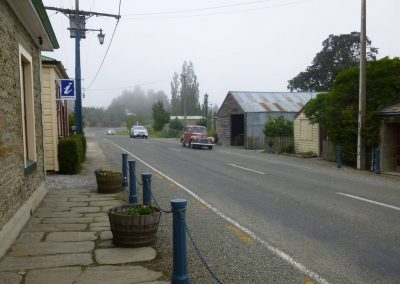 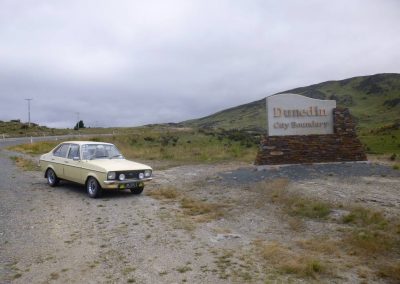 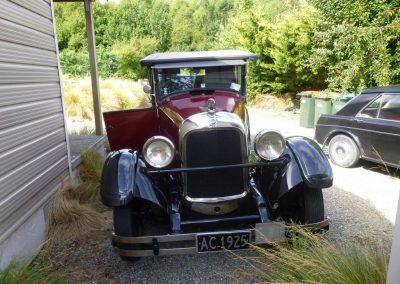 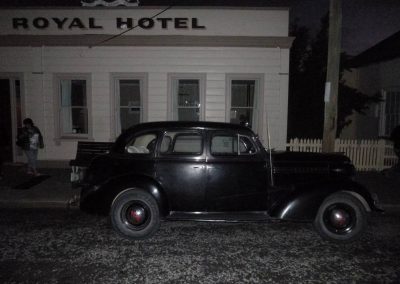 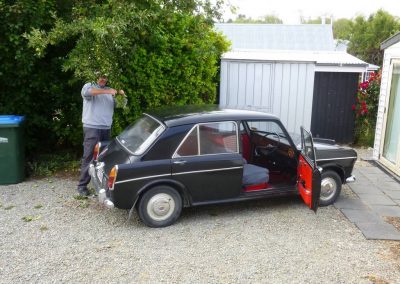 Norm Bunt prunes the trees above his MG 1100 at Naseby 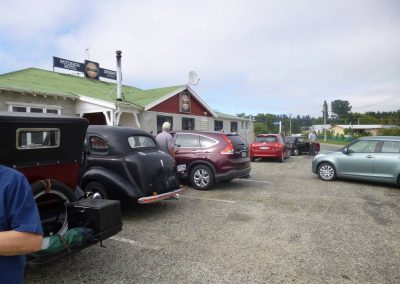 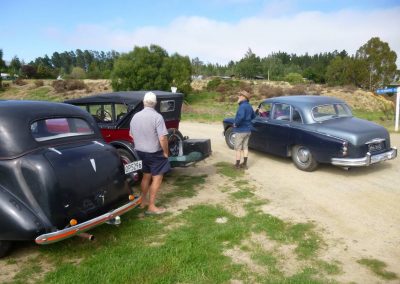 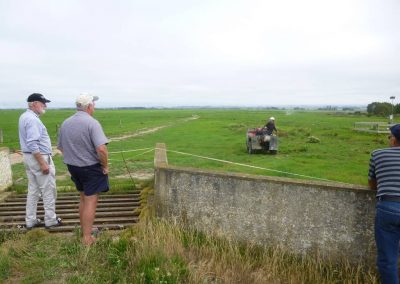 The site of Frances Irving’s old home, near Waipiata. The Barnes’ Studebaker fills up at Ranfurly On the way to Oturehua. 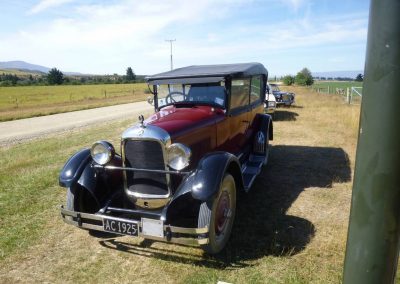 Heading up into the Danseys Pass