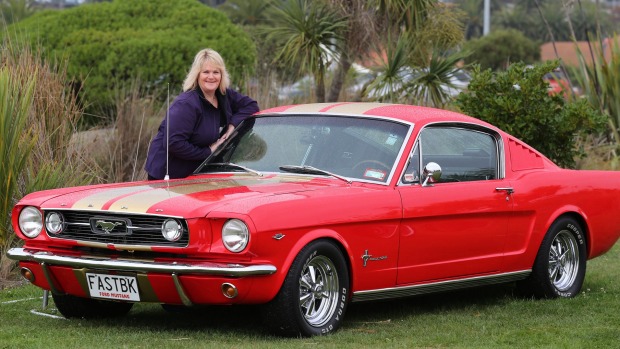 Kathryn Martin shows off her 1966 Ford Mustang at the All American car day on Caroline Bay.

As a teenager Kathryn Martin judged potential boyfriends by how nice their cars were so it was lucky for the man she married that he had a Mustang.

Now, they have a Mustang each. She has a 1966 Fastback model while Glenn has a 1966 Coupe. The husband and wife team spent two years doing up the Fastback after importing it from the US.

“I helped Glenn with every nut and bolt. I did all the dirty jobs. I was his lackey,” she said.

The two are just some of the many people who travelled from around the South Island to participate or browse during the All American Car Day in Timaru over the weekend.

“I love the size, space and sound of V8s,” Kathryn Martin said.

She grew up with Impalas and Chevs as the family cars. Now her own three children have Falcons and one has a Holden.

“When I was younger people would get a shock seeing a woman driving an American car, as it was rare.”

Not many of the classic American cars were imported then but that’s changing and they are becoming more family orientated, she said.

Event co-organiser and American car enthusiast Robin Matheson said a total of 125 cars took part in the event and display on Caroline Bay on Sunday. It started with a night cruise on Saturday with 50 cars in convoy over a 45km route which concluded at a private property on Coonoor Rd.

“It has been excellent,” Matheson said.

His love of the cars is all about the culture and the “Route 66 thing”.

The American cars were popular in New Zealand in the 1930s and 1940s as they could be bought new here.

“They then dropped off until about the 1990s when more became available to import.”

It also depended on the strength of the American dollar whether people would make the investment or not, he said.

HeartKids@South Canterbury will be the beneficiaries of funds raised over the weekend. 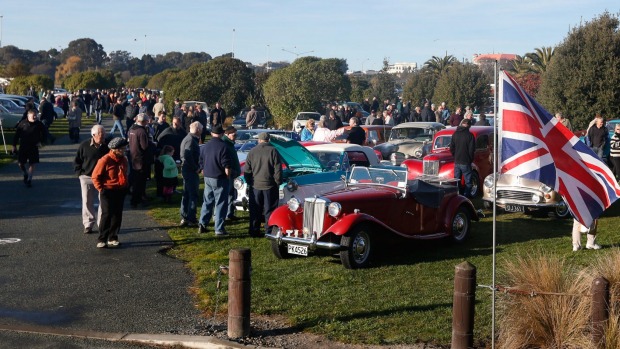