The Vintage Car movement in South Canterbury dates back to 1954 when Geoff Mehrtens, a member of the Vintage Car Club of New Zealand, was transferred to Timaru. He lost no time in contacting local people known to be interested in old vehicles. The first organised event was a run to Geraldine and shortly thereafter a South Canterbury Centre was formed. This was upgraded to full Branch status in 1957.

In 1956, the first Commemorative Rally to Mt Cook was held, to celebrate 50 years since two 6hp De Dion Bouton cars became the first motorcars to be driven to Mt Cook. Seven veteran cars took part along with 1 veteran motorcycle and all completed the arduous route in trying conditions. This popular and iconic event has been held every Labour Weekend since.

The Branch has hosted many major events over the years including the first ever National Rally hosted by a Branch at Easter 1959 the only previous one having been organised by the Executive of the Vintage Car Club of New Zealand. This was hugely successful with entries coming from all over the South Island and 5 from the North Island as well.

Another memorable event was the 1968 National Rally which attracted 203 entries and was severely disrupted by the “Wahine” storm with the main venue being washed out, but in true “the show must go on” fashion, planning was hastily revised and everything went ahead smoothly. In 1981 another National Rally was held and this was followed by South Island Rallies in 1999, 2005 and 2013. We have also hosted a National Veteran Rally (1975) and in 1987 the National Motorcycle Rally.

Our annual calendar contains many events of long standing including our annual Mid Island Rally, the annual Motorcycle Rally, and the very popular Mystery Ramble where large numbers turn out for a non-competitive tour to differing places of interest with no prior clue as to where we are going.

Over the years our membership has expanded and the Club Rooms, acquired and moved to site in 1975 has expanded with that.

Our monthly get together “Noggin and Natter” nights on the first Thursday of every month are well supported and is a forum where new members can get to know other members, inspect the Library, and check out the treasures to be found in the Spare Parts Department.

The VCC was founded in Christchurch in 1946 as the Vintage Vehicles Assn and 2 years later changed its name to the Vintage Car Club of New Zealand. This is an overriding National Body which has 36 branches all around New Zealand who contribute to the National Executive that runs the Club. For further information see the national website vcc.org.nz

Members are allocated to a Branch which acts basically autonomously on a local basis. 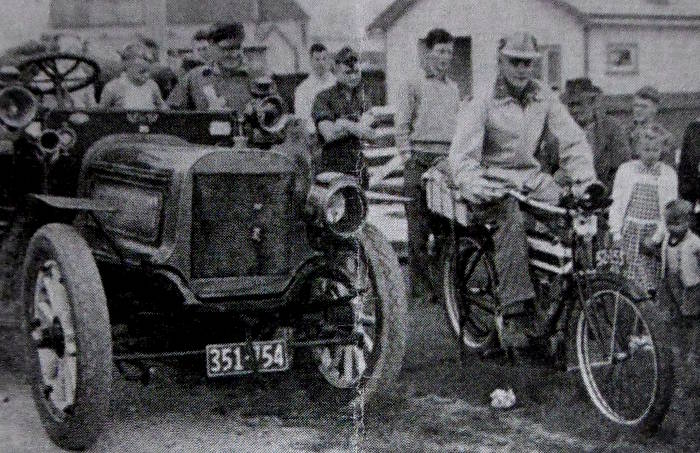