This of course did not thwart 112 owners of British vehicles, a fair few soon materializing after 8:30 am, with the Northern Carpark filled by 9:30. There were a fair variety to behold – including too many Triumphs to keep track of, a Commer camper, an ‘army’ of Fords, Rootes and BMC products, a contigent of Jaguars from the deep south, and rare machinery – one example being Lex Westoby’s 1930 Alvis.

Armed with lolly-filled instruction packs, raffle tickets sold by the Luscombes’ and given a briefing by Ashley and team, the contingent was soon ‘hitting the road’, headed due south-west out of Timaru, and out into Fairview, through Taiko, and over Clelands’s Hill to reach Totara Valley and Pleasant Point – a refreshment (and chance for several engines to cool) for several. With a trip soon into Richard Pearse country, Waitohi, it was onto Temuka – minding the detour near the school – and out into Fonterra central, Clandeboye. Headed onto Muff Road to reach Orari, it was due west to the northern outreaches of Geraldine. With a flying trip through the Woodbury district, the end venue of Pleasant Valley Hall was soon – quickly for a couple of the Jaguars – reached.

Unlike Timaru, the weather out Pleasant Valley was much improved – no rain, and one could see the sun almost to the west. The hall itself, was no stranger to a car contingent, having already seen our 2017 Opening Run. When looking inside the hall, built 1922, one could only wonder the stories that its walls could tell from decades of countless functions, country dances and family reunions.

The carpark, although compact at first glance, managed to swallow up most vehicles, with a paddock with abandoned tennis court alongside and the grass out front swallowing the rest. Outside the hall, Geraldine Primary School parents and children helpers did a roaring trade with their hamburger cafe fundraiser – complete with several mouthwatering flavouring options. With heaters roaring away inside, a fair few of us met around the tables and chairs set up within.

The vehicles themselves kept many entertained for awhile – this author being enthralled by a 1953 Bentley R Type which had an interior far more lounge than car. For some, this meant under the hood – the Roddick’s MGB seen being attended to by Alan Ferguson’s ‘never sold new in NZ’ Vauxhall Cavalier, not to mention one or two others with various ‘failing-to-proceed’ issues.

By mid-afternoon prizegiving was held, and a number of lucky punters went away armed with automotive accessories from the stage.

Cheers Neil and supporters for organizing another great All British Day. 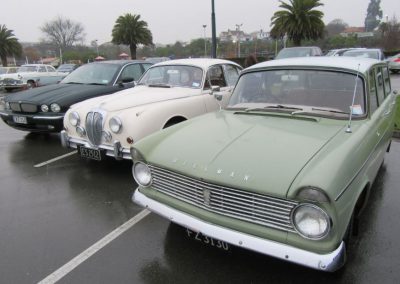 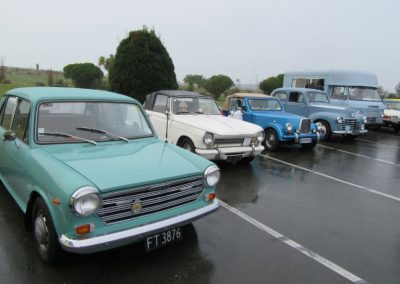 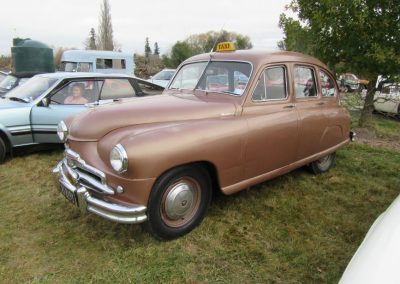 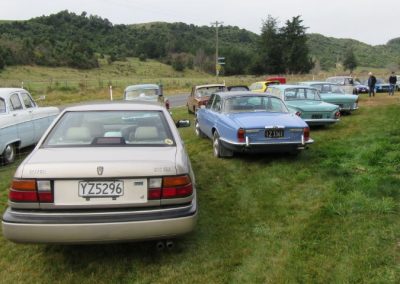 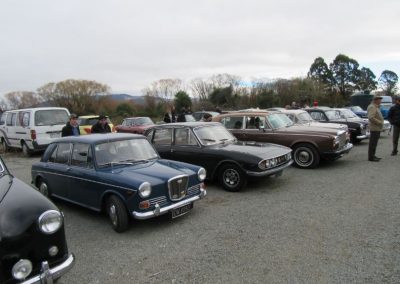 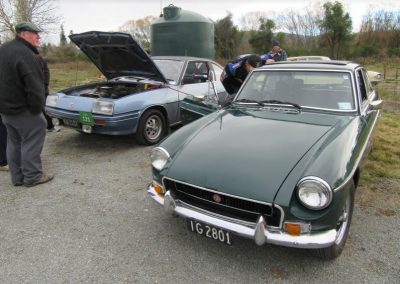 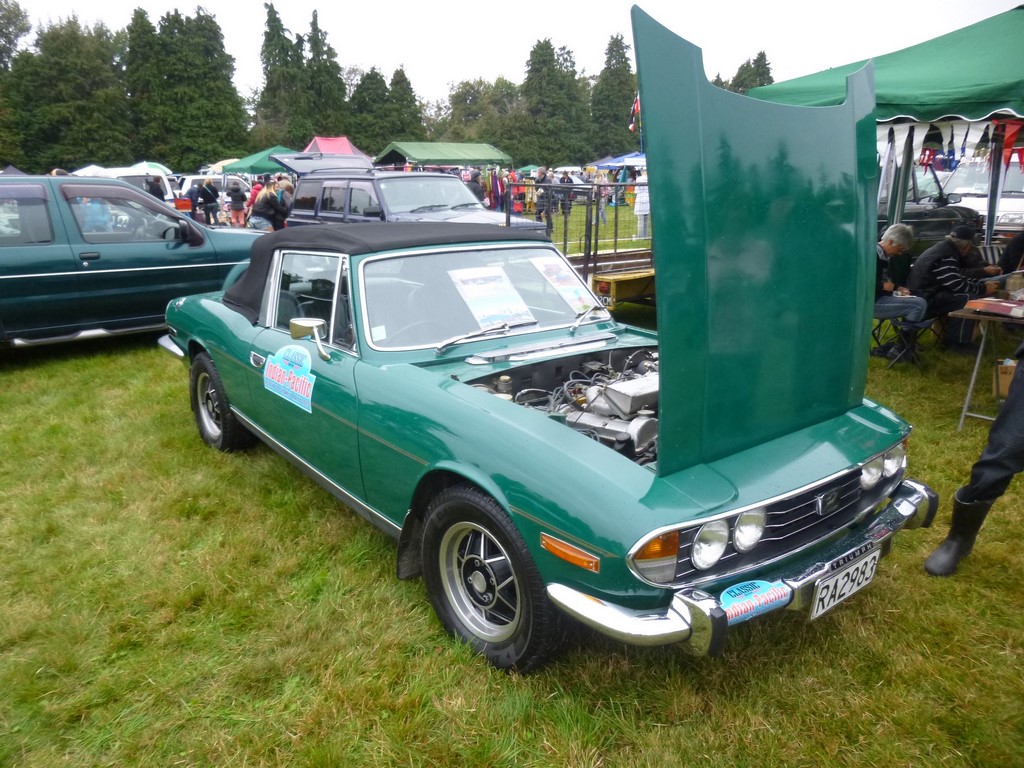