The Annual Mt Cook Rally was held over Labour Weekend.

This was our 60th Mt Cook rally, for which over 90 vehicles were entered.

Eight cars and three motorcycles entered were Veteran, the oldest automotive entry was the 1900 Wolseley of Colin and Judy Winter of Dunedin, and the oldest motorcycle entry was a 1908 Triumph entered by Allan Averis.

Two entries from this rally were present on the original rally, Allan’s Triumph, and the 1905 Argyle truck of Roger Mahan. Vehicles from a number of continents were represented, the largest vehicle present being a 1984 Mack truck.

The Time Trial took place on Saturday morning between Timaru and Pleasant Point, where Field tests were held in the domain. These consisted of a coights throw and hoop-horn test – from the car window, and a guessing test of the number of red lights at the Pleasant Point railway crossings – the total answer being 28.

From Pleasant Point, three separate routes were mapped out – a sealed scenic route travelling along back-roads west of Pleasant Point, a gravelled back country route, and a direct route up State Highway 8, with most entrants reaching Twizel by mid afternoon.

For Sunday, all vehicles travelled to Mount Cook Village, where parking arrangements were made for vehicles on the front lawns directly in front of the Hermitage itself – participants vehicles all photographed by eager tourists.

For the entrants a dinner was held at the Hermitage, with the prizegiving being held later in the day in Twizel. In the evening, formal evening meals were held at the Top Hut and Musterers Hut restaurants.

Rob and Diane Ross’ 1930 Chrysler 77, outside the SCVCC Redruth Clubrooms at the start of the Mt Cook Rally 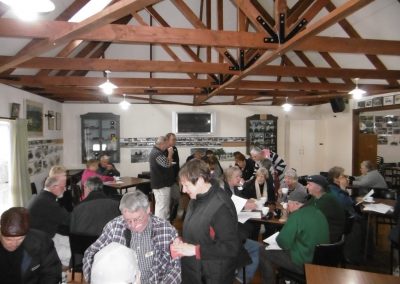 Entrants immediately prior to the Mt Cook Rally. 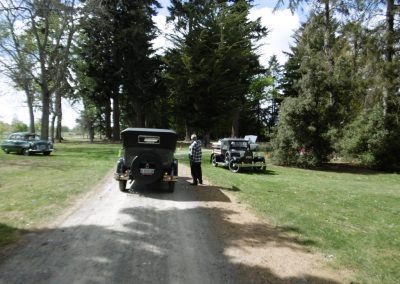 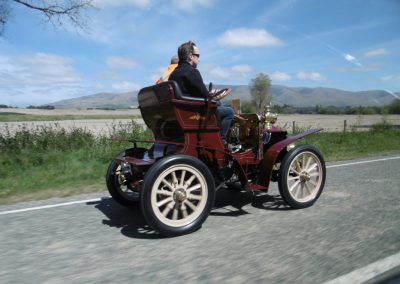 The 1900 Wolseley of Colin and Judy Winter, from Dunedin. 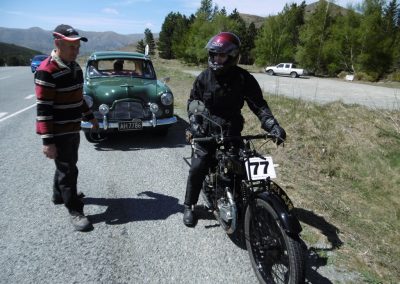 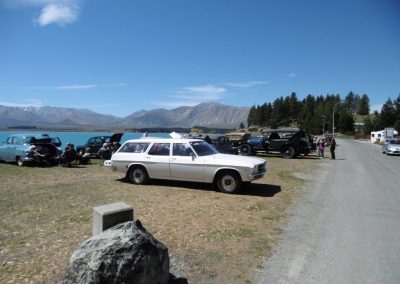 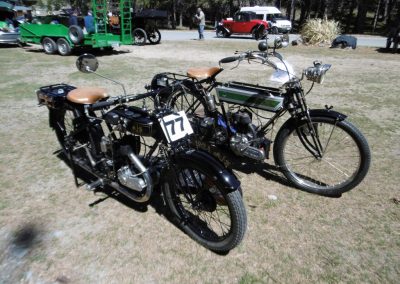 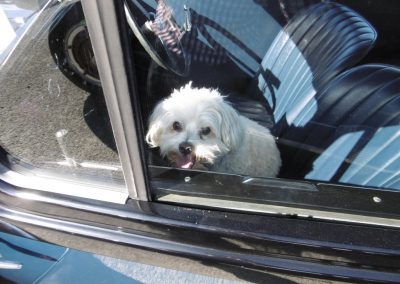 A keen navigator at Twizel. Entrants cars lined up at Twizel, before the visit to Mt Cook Village. 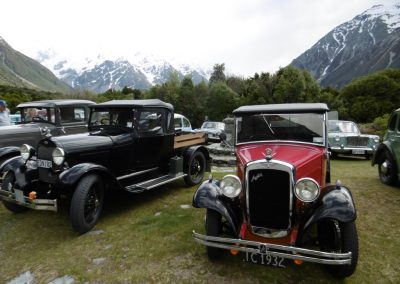 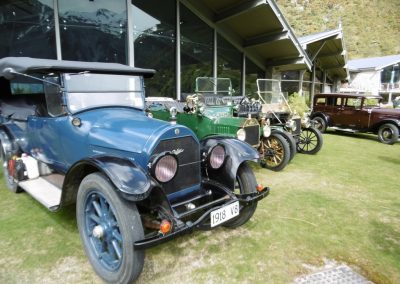 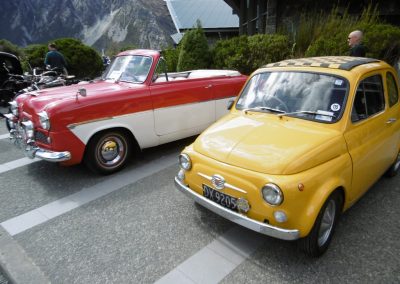 The Ford Zephyr Mk1 of Ken Copeland and Fiat Bambina of Tony Schischka, outside the Hermitage. 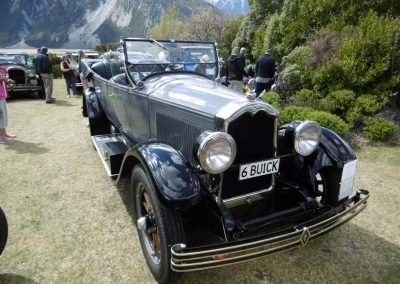 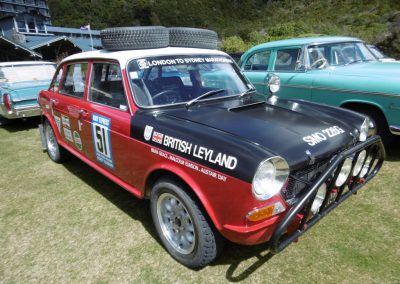 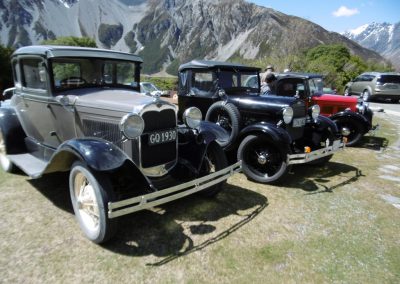 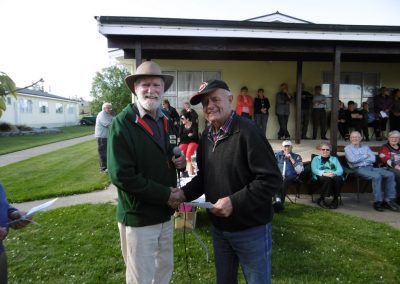 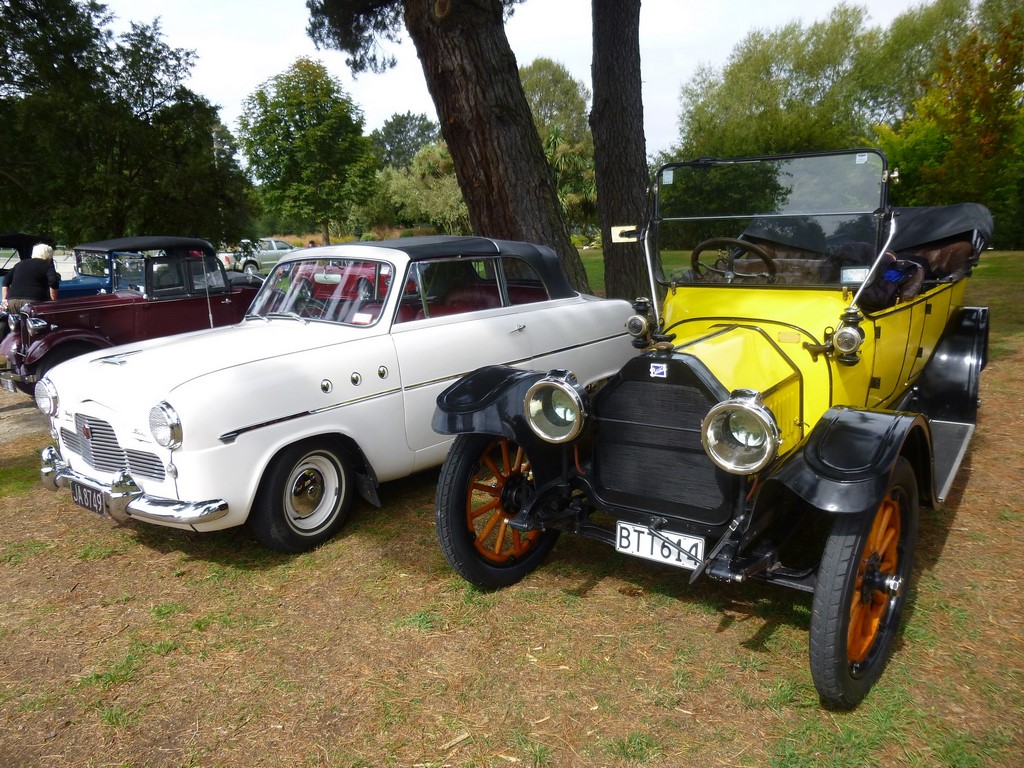