For the late winter in 2016 it was decided by members to support the Cancer Society and Hospice South Canterbury, by holding a Sunday run open to all motorists.
Soon enough, after months of preparation by members, the monster soon loomed large in the calendar, and on a sunny Sunday 28 August I found myself heading down Wai-iti Road, with a number of classic machines, including Barry Smith’s 1959 Studebaker hardtop and Stick Campbell’s 1954 Ford Customline headed the other way. Thinking I was late, I put the Escort’s pedal to floor, duly reaching the Caroline Bay Carpark at just after 9:15 – observing speed limits.

As it was, upon arrival it was found that our ‘Dads Army’ of VCC helpers had initiated a rolling start, thereby avoiding what would have been one of Timaru’s most interesting traffic jams judging by the variety of vehicles – mostly 30+ years of age – present. With the Cancer Society’s flag flying proudly on Norm Bunt’s MG 1100 and members handing out rally packs – over 100 – it was time to take a look at the interesting vehicles on site, before leaving the bay – taking a trip through the western parts of Timaru, before heading into the Rosewill and Levels valleys to reach our first – and literally a whistle – stop; the Pleasant Point Museum and Railway.

With tickets in hand, it was soon a full house in the carriages, and off down the line to Keanes Crossing we were. The shed was a hive of activity, and participants were enthralled with the cinema, elderly electronic displays, AB699 in a state of undress, and the upgraded model railway – seen recently in the local papers being worked upon by one of our members, Donald Goodman.

One could have stayed there for quite a while, but soon it was time to again hit the road towards the Acland homestead at Peel Forest, taking a leisurely trip through Waitohi, Hilton and Geraldine.

It was once the homestead was reached, with participants helpfully guided in by Manchester brothers Kevin and Neil, that we saw the full extent of the lineup materializing for the day. Covering several continents, and with the oldest from the 1920s, the newest a 2016 Ford Mustang GT, the slowest postwar likely Helen Cholmondeley’s 80km/h Bradford truck, and the fastest most likely the 1979 Ferrari 308, not to mention several V8 American and Australians of GM, Ford and Mopar diciplines – As it was, there were a sheer variety of cars present, covering many bodystyles and classifications – one intriguing one of note being what appeared to be a 1928 Morris chassis with a fibreglass custom ‘Tiki’ body fitted.

It was all action at the BBQ run capably by Colin and Brenda Lyons and supporters, and Days and supporters on raffle duties – with 75 prizes up for grabs there were high odds to be in to win if you bought a ticket from Nola.

The Acland family soon greeted participants, giving an insightful talk about history of their property, and the Peel forest area in general. For the green fingered enthusiasts, the Acland’s ever extensive garden proved captivating, and for the history buffs, the Peel Forest church was enthralling – while currently under earthquake strengthening work, one was still able to observe from close up, and view the adjacent cemetery – a final resting place for artist Austen Deans, and writer and director Ngaio Marsh.

For the mid afternoon, the rally took us to Geraldine’s Vintage Car and Machinery museum. This proved an interesting stop, particularly being a literal collection of Geraldine’s 20th century mechanical heritage – with the youngest vehicle on site approaching its 40th birthday, there was something to interest everyone interested in older vehicles – the gypsy truck restored by the late inventor John Britten being a key exhibit of note.

All in all, the monster rally proved an interesting Sunday day out in support of Cancer Society and Hospice – thankyou to all organizers and helpers on the day for making it a great one. 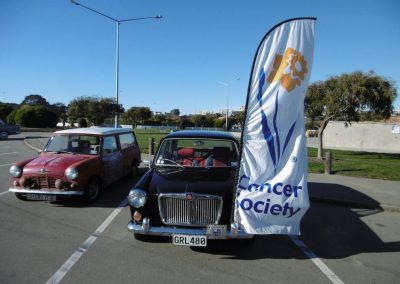 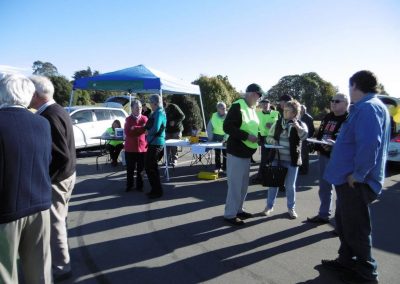 SCVCC Volunteers at the ‘rolling start’ at Caroline Bay 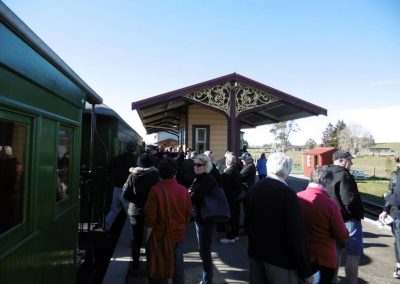 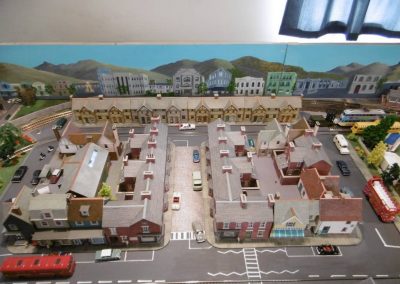 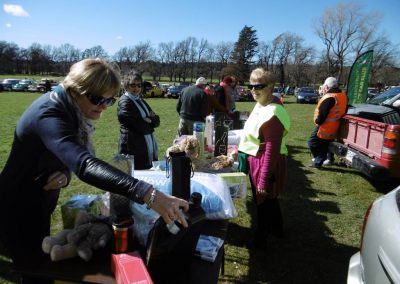 Nola Day at the raffle stand at Peel Forest 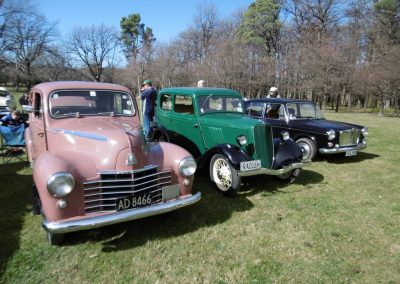 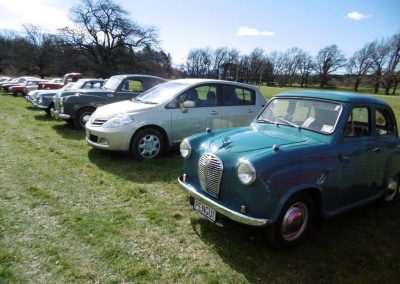 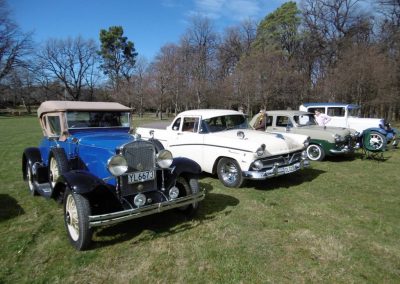 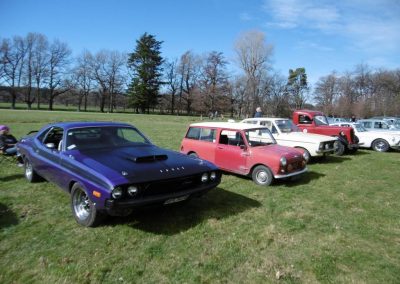 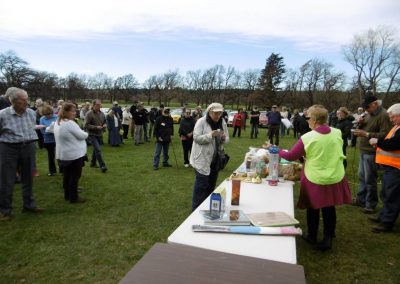 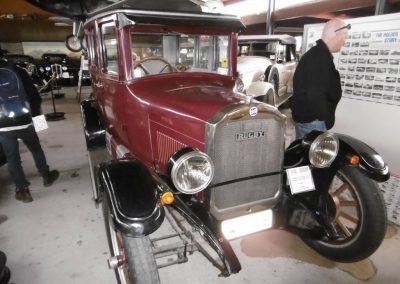 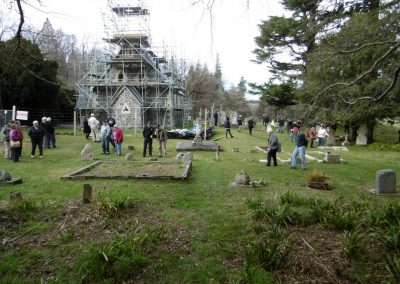 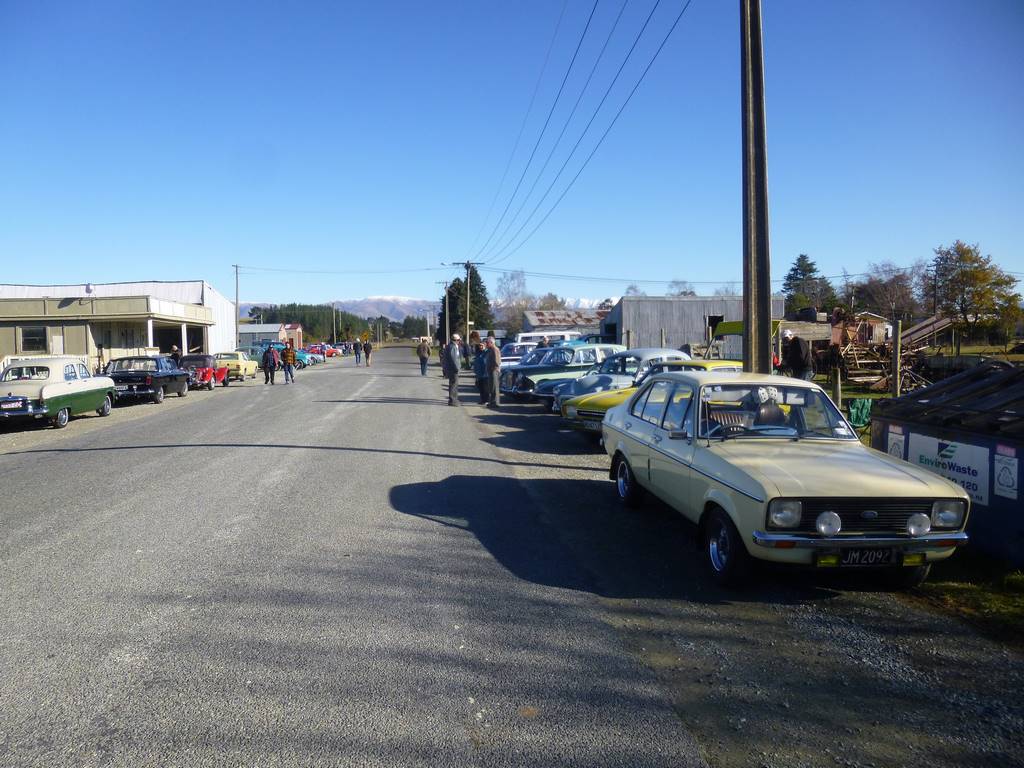