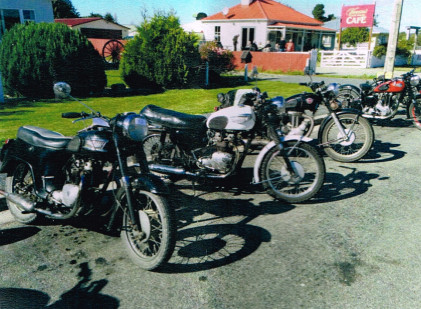 Several South Canterbury Branch members including yours truly with Carla in the JAW sidecar attached to our 1979 Suzuki GS 850, enjoyed a lovely autumn day touring around the North Otago countryside on the annual North Otago Motorcycle Rally.

The day started with a generous morning tea at the North Otago Branch Club Rooms in Oamaru before the 30 plus entrants hit the road. Vintage bikes were limited to 2 Harley Davidsons one of which unfortunately after motoring strongly came to grief with a lubrication issue. 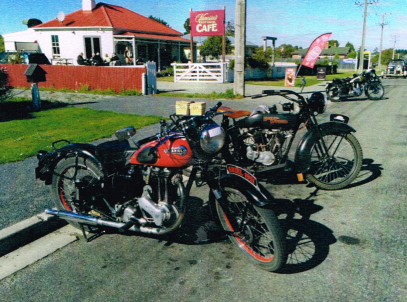 There were several post vintage bikes which is usually a fairly thinly represented group and there were good entries in the Post War and Post 60 categories. There were two or three other Japanese bikes besides ours, an Indian, and the rest were English with Ariel, AJS, BSA, Norton, Royal Enfield, Triumph and Velocette all represented.

Riders came from Balclutha to Christchurch and various points between. A pleasant lunch stop was held in Hampden, Next time you want a decent sized ice cream try the supermarket at Hampden — just ask Russell Dale!

At the prizegiving back in the Club Rooms, I received the Gerald Lynch-Blosse tray for winning the P60 class which was quite gratifying, after which it was back on the bike and off home to Timaru. Having ridden down that morning we managed to clock up over 300km for the days which I have to say was more taxing for the rider than the bike!

Another job well done by organizer Robert Hutton and we hope to be among a good South Canterbury group at the event next year. 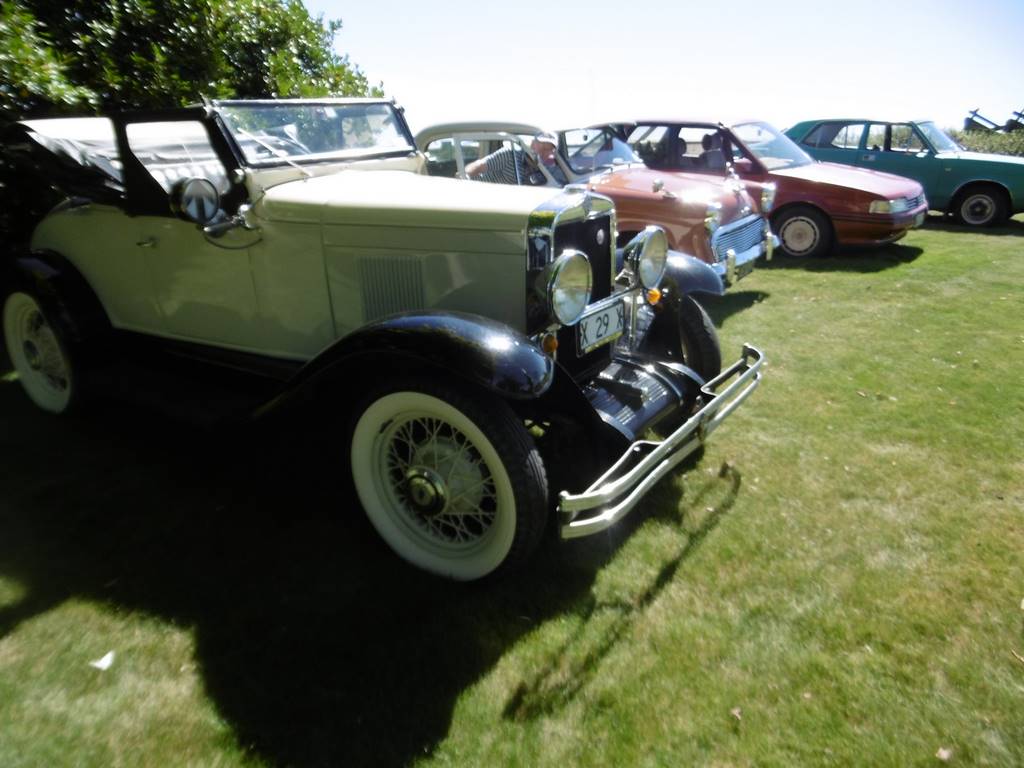