On Sunday 21st February, the North Otago All British Day was held in Oamaru. It would he rude not to attend such an occasion when British vehicles filled the stables.

With the ’71 Mini 850 oiled, greased & polished, it was an early start away by 8 to amble to the old precinct by 9. Paul Chapman joined in our day out in his Morrie thou too. A clearing morning promised a good day ahead. Upon arrival, we seemed to be the first vehicles there, however, once we parked up, others drifted in until around 40 or so vehicles soon filled the carpark. Being close to the waterfront, there was plenty of activity happening with the local Birdman Competition being organised, their local train being setup, a Sunday Market in full swing & a very popular kids playground nearby, kept our pit crew busy till time to go.

Fees paid, instructions collected, viewing & talking done, it was time to move. Well the fun started almost straight away, with many confusing, misleading, wrong directions leading groups of vehicles in all directions. I have never seen so many small groups of vehicles, approach our direction from so many roads before. All with puzzled expressions, many

stopped to group confer, only to be passed again by another group confidently travelling in the opposite direction. Hilarious fun! With the planned lunch stop listed as Duntroon Domain, the closer we travelled to this location, we saw most side roads carrying a small group heading now in the same direction. Here the vehicles all lined up under the trees for shade, as the sun was out & temperatures were rising. Good humour over lunch and discovered the route was planned by a milk-tanker driver, using his knowledge of the district and common named for roads – not necessarily their official names!

Much of the district was travelled by someone, but the day was sunny and warm with the scenery very enjoyable.

A few field tests games were tested upon gumboot throwing and knowledge testing. Two prizes were also awarded for the Most Distinctive vehicle, won by a ’49 Bedford model M truck and Best Prepared vehicle won by yours truly in the 1971 Mini 850. A certificate, trophy & a can of anti squeak lubricant, more suitable for American vehicles than distinguished British vehicles, was presented. But never mind!

Another coffee, more talking while we watched my two boys attempt to avoid a large agricultural sprinkler, rotate through its arc. Not always successful!

Time to go, we decided to travel up to Richie McCaw’s town for an ice-cream then travel home on the north side of the Waitaki, via Waimate. Less main road traffic to contend with!

Both families thoroughly enjoyed the day and even though the instructions read like an experts rally test, we had fun & that’s what it’s all about. Of course motoring by British conveyance, needs no encouragement at all, as well as a leave pass to prevent AWOL. 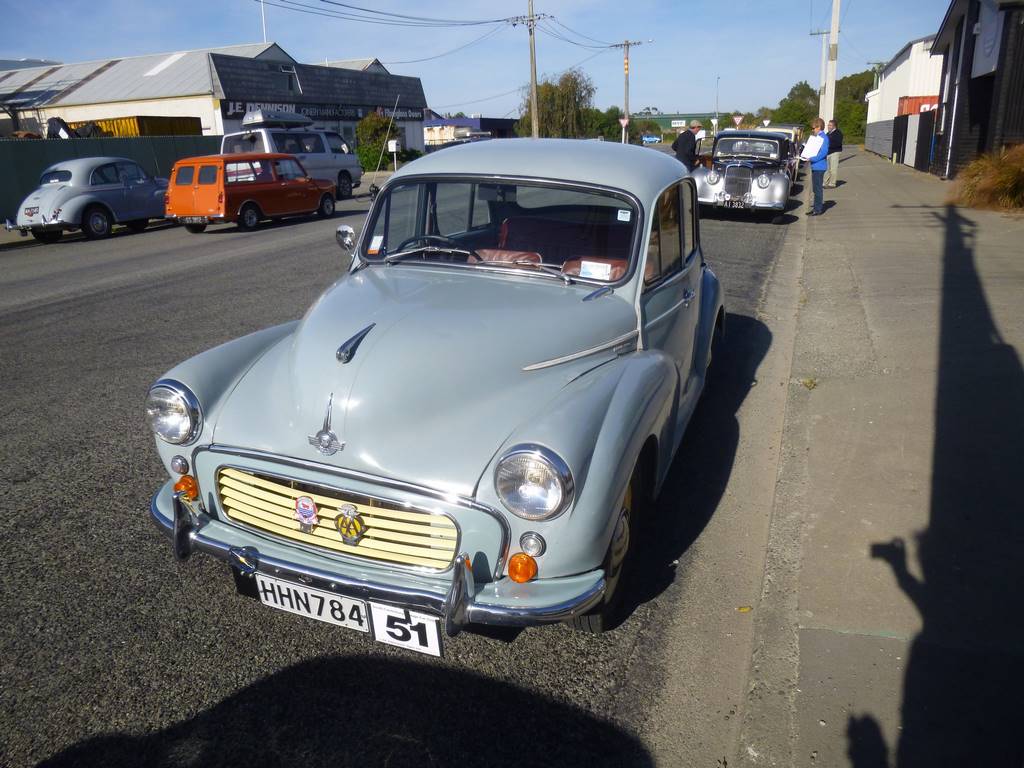 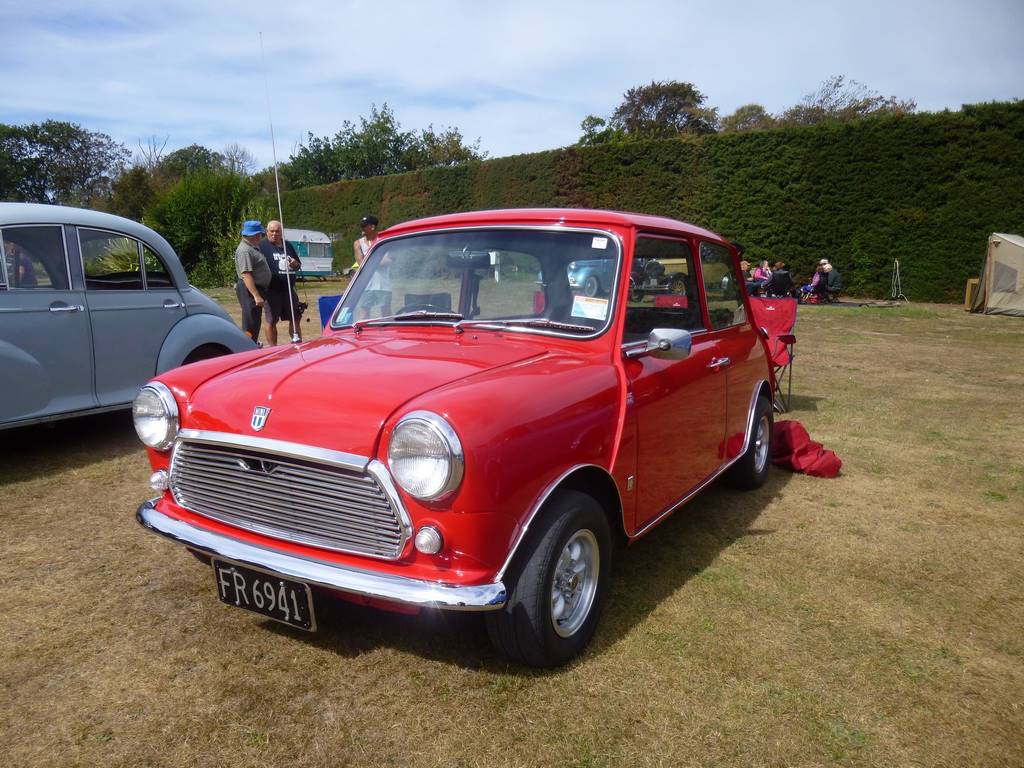 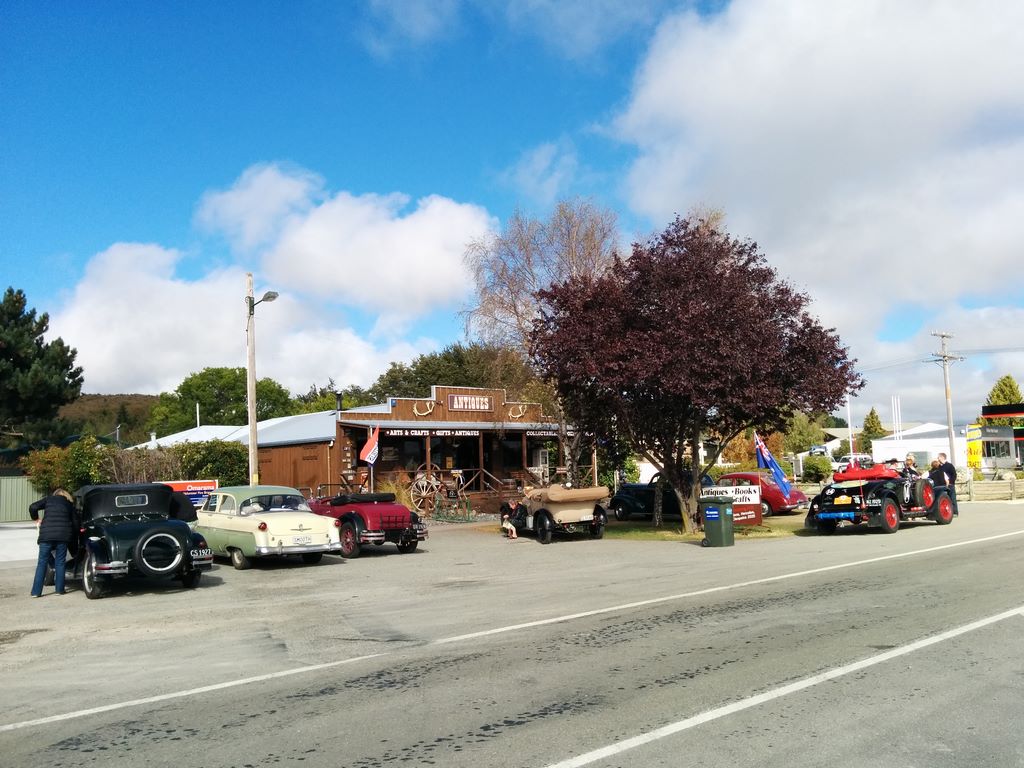