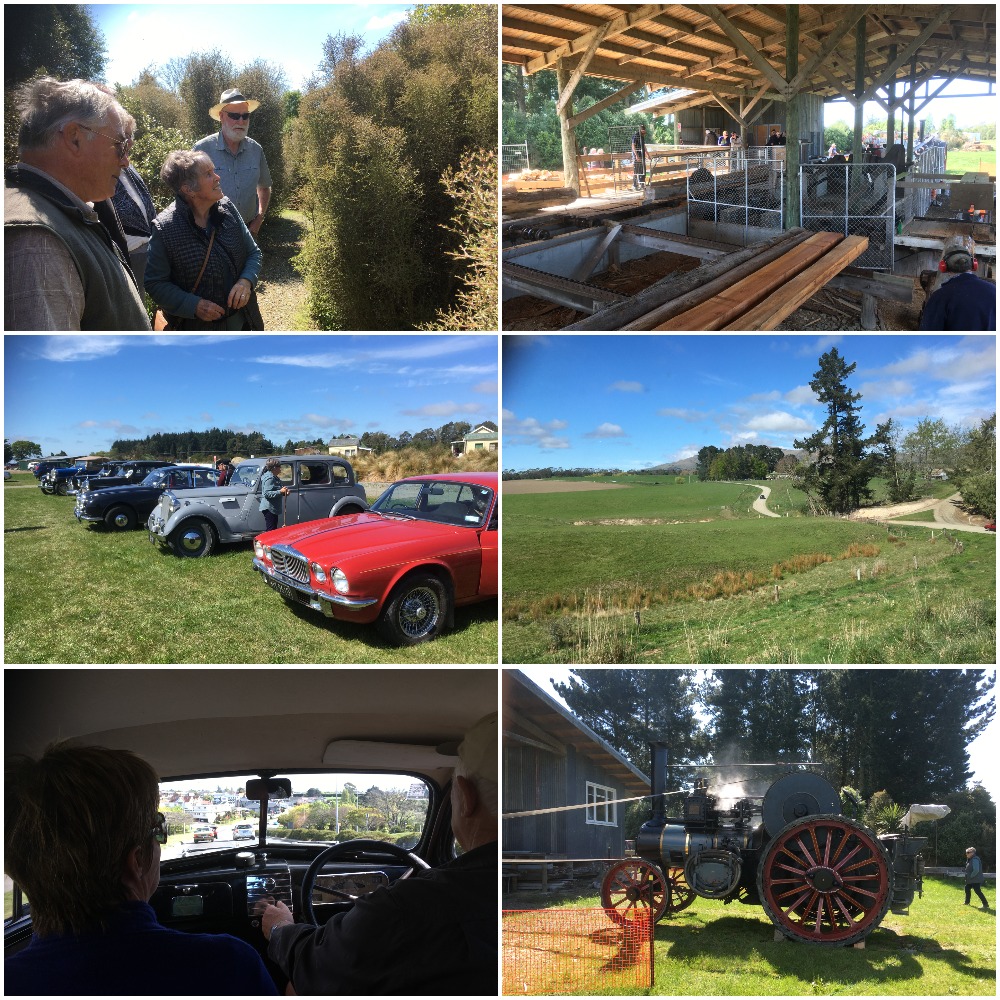 On Sunday 10 October over 15 members vehicles had the cobwebs dusted off, and engines primed for a sunny Sunday run down to Wallaby Country, organised by Nola and Alistair Day.

With a clubrooms meetup after 9am and with teas and coffees consumed, we hit the road after 10am – eventual destination Bushtown. For myself it was a backseat space in Clive Merry’s 1938 Chevrolet, 2IC navigator duties for Penny.

Initially headed north, the Day’s ‘left-right-left’ route took us firstly on a trip through the port, past the bay and up into the upper reaches of Gleniti, before reaching the wide expanses of the Taiko Valley, seen from Cliffs Road. We soon found ourselves headed south to Holme Station, and into Maungati, noticing that the recent winds had demolished the Frenchmans Gully information shelter.
With Maungati in the rear vision mirror it was along Backline Road, and down into Esk Valley, one member unwittingly finding themselves further down the road at Gray’s Crossing.

With a few more left and right turns we reached Hunter, with Waimate and Bushtown reached after midday. Although New Zealand was in the midst of Level 2 COVID-19, the opening of Bushtown their ‘low key’ Open Day went ahead. A small number of the Waimate Branch further joined us, a surprise encountering a black 1957 Ford Consul parked alongside Stick Campbell’s one.

There were further developments taken place to Bushtown from our previous visits, notably more heritage buildings, and the return of railway to Waimate – a narrow-gauge train tootling around the park, its track crossing parts of the reclaimed old Kurow bridge. The old sawmill was in full flight, powered by traction engine – one taking note to bring earmuffs for future visits.

A key development for us was our branch’s Bushtown tree. Though it took time to find it in the growing forest, our tree has grown considerably since our last visit, now being taller than our tallest club member.

Overall, it was an enjoyable Sunday afternoon visit. Thanks Alistair and Nola for organising an interesting run. 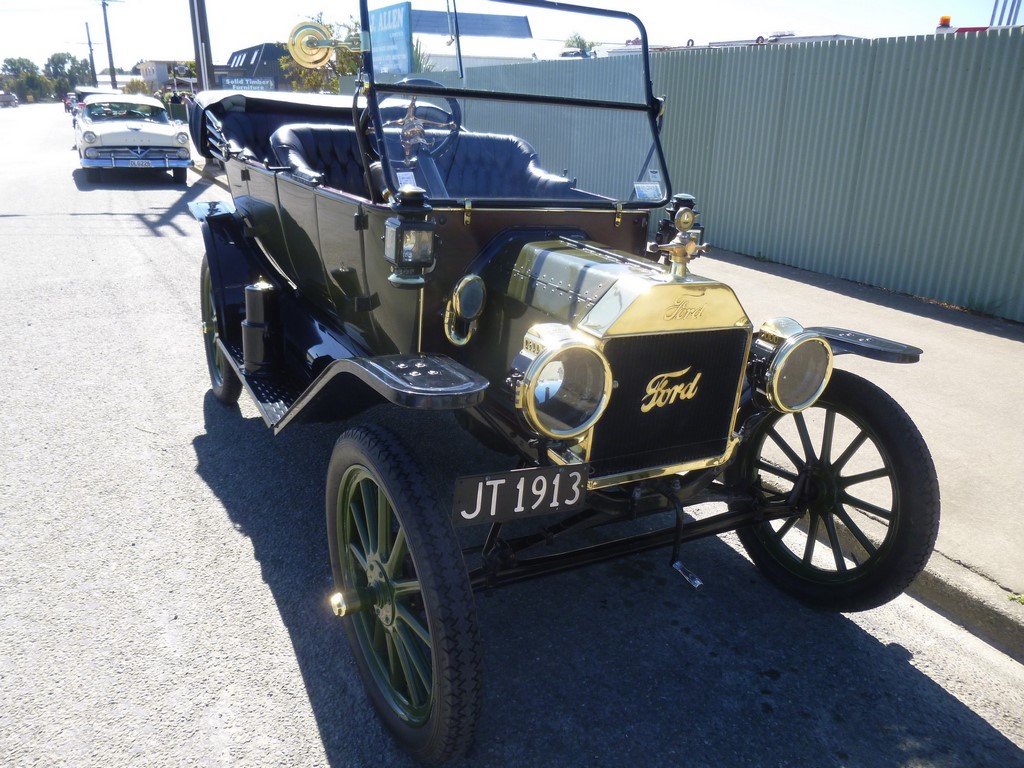