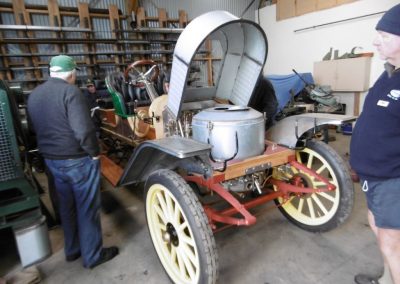 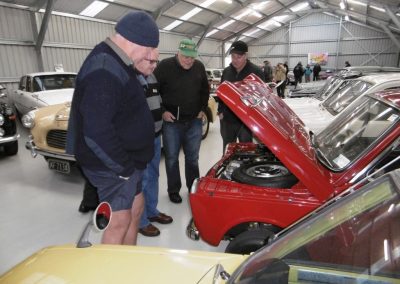 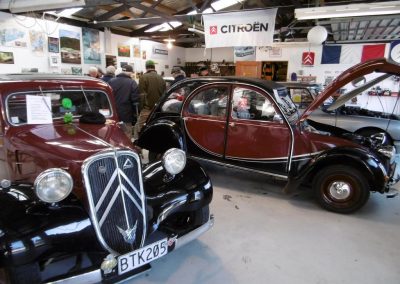 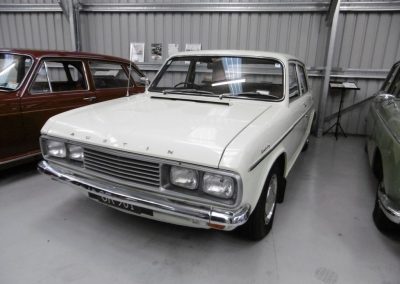 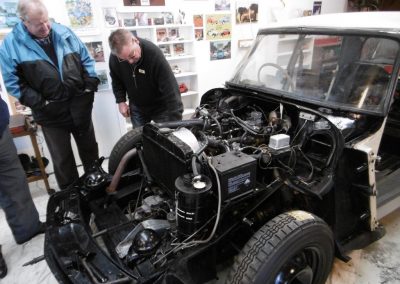 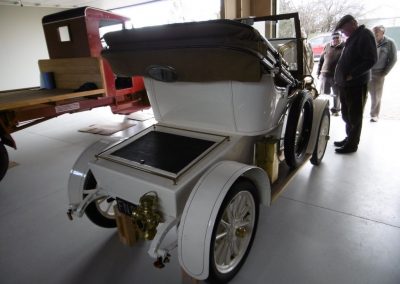 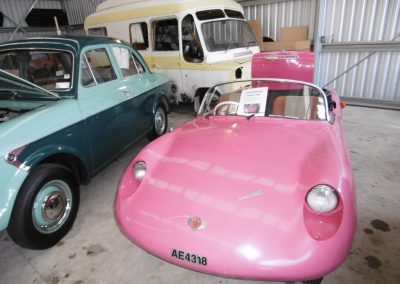 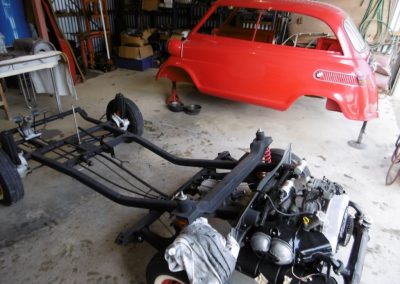 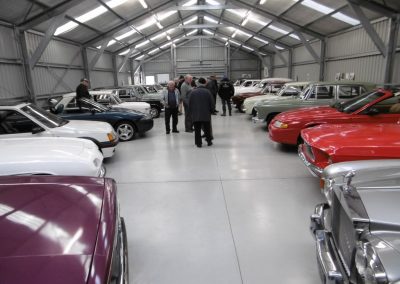 It was the Ashburton Branch’s turn for organizing the annual Garage Raid for 2015, and it proved to be a raid to remember, held on Saturday 8 August.

With a fair contingent of modern cars in the early morning heading up from Timaru and meeting in Geraldine, we found ourselves soon surrounded by a literal winter wonderland when taking the scenic route via Arundel – the weather gods having served a large helping of snow, covering the plains all the way to the Ashburton Clubrooms.

Within the Clubrooms were over 100 VCC members, a number having also travelled up from North Otago and Waimate, huddled around heaters, and being warmed by cups of tea and coffee. With the instructions soon handed out to drivers, it was time to hit the Ashburton streets in search of Garages. There were six garages to visit on the raid, and all were not-to-be-missed.

In order of sheet numbering these were:

The Ashburton VCC Museum – Being directly beside the clubrooms, their museum is a great space of members own vehicles showcasing Ashburton motoring history from over the 20th century, including a number of veterans.

The Vern Ellis Collection – Located in Tinwald, Vern’s collection is held in a newly built garage. Within were a number of interesting vehicles, the oldest a 1911 Renault accompanied by a 1924 International 33 truck, the youngest an immaculate 1983 Ford Cortina 2.3 V6 Ghia. Further within the collection were a history lesson in Mopars, including De Sotos of 1929, 1934 (the Airflow – with a Chrysler version to keep it company), 1937 and 1947 vintages, along with a 1963 Plymouth Belvedere.

Ian Moore’s Citroen Collection – Out to the west of Ashburton, on the way to Methven lurked a ‘cavern’, with ‘Waimate Motors’ signage, of front wheel drive Citroens – ranging from the Traction Avant, through to DS – one a project car with all panels removed, and smaller Dyane and ‘Deax Chevaux’ models – memorabilia and models adorning the walls. One intriguing car to members was an immaculate late model 1974 DS, which upon closer inspection, was actually found to be assembled in the land of the Holden, Australia.

Alister Lobb’s Microcar collection – Located east of Ashburton near the Airport is an interesting collection of BMWs – though not the luxury cars most are familar with. These BMWs were microcars, complete with front opening doors, and there were a number present in various states of completion. Further seen in the collection were the body of a Vanden Plas Princess awaiting everything else, a Ford Thames 400E truck and a rare 1960s Reliant Rebel.

Graham McElroy’s Steam Project – A block away from the Lobb Microcars was Graham’s shed, and within was a real project to behold, the near completion of a built-from-scratch replica of a Stanley R Type Steam car – a vehicle which enthralled members with its alternative form of propulsion. Further housed within were a range of stationary engines, and a vintage motorcycle.

The Colin Sweetman Collection – Also east of Ashburton is the collection of Colin Sweetman, amassed over a number of years, and housed in a large newly built enclosed concrete floor shed. When first walking in, we were first greeted with the sight of a rare white Reliant Scimitar SS1. There were plenty more interesting vehicles within, ranging from a Japanese 1974 Daihatsu 360 Max, to a 1972 Rolls Royce Silver Shadow, and these kept members captivated for a long while – the 1978 Reliant Robin 3-wheeler in particular had members around its bonnet. With a fair number of British cars from the BMC, Rover and Rootes stables there were various other countries models further represented within, including Italy (Fiat 1500), US (Various Ford Mustangs) and Australia – represented by an Austin X6 Kimberley, Leyland P76 and Ford Capri convertible.

The raid was well organized with groups spread across sites accordingly including the lunch stop of pea-pie-pud, and the settled snow added another dimension to proceedings.

We thank the Ashburton Branch putting on a great garage raid. 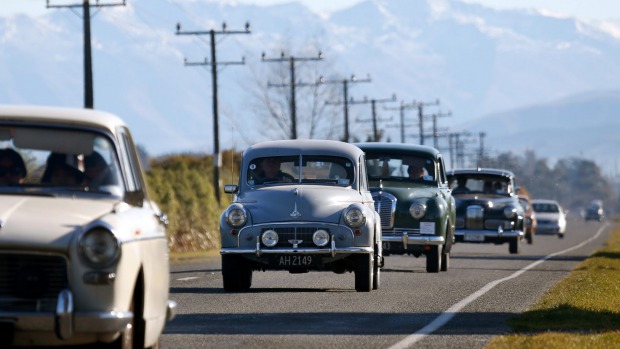