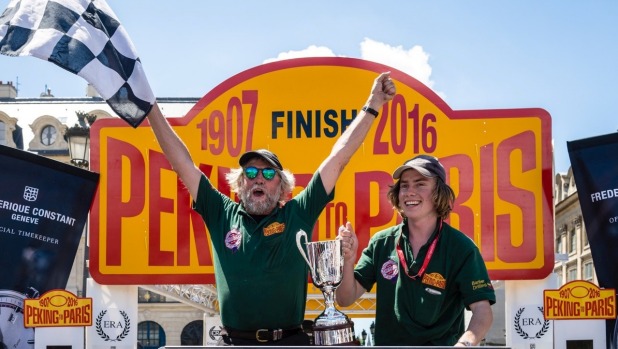 We congratulate SCVCC Member Bruce Washington, who along with his son Harry in their 1929 Chrysler 75 Roadster, have won first overall in the 2016 Peking to Paris classic and historic vehicle rally, held in June and July.

Below are links to several articles about the rally, and the Washington’s achievments.