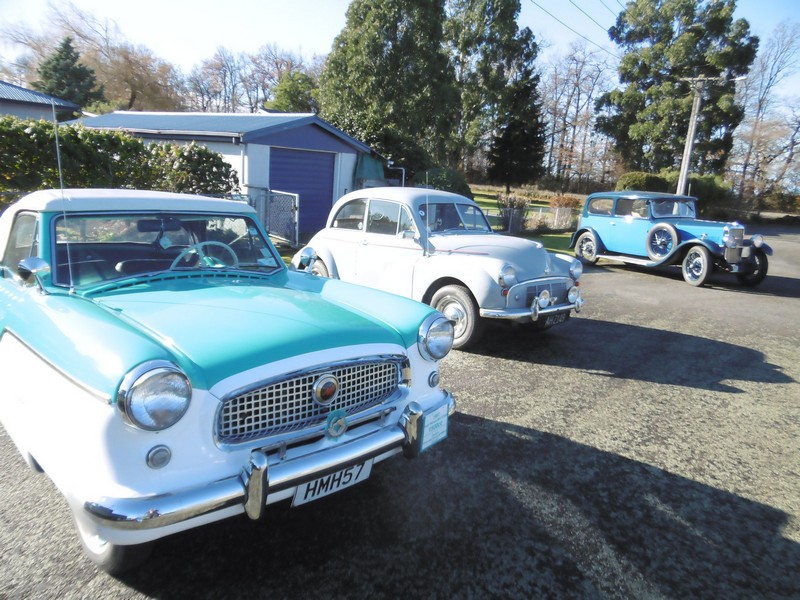 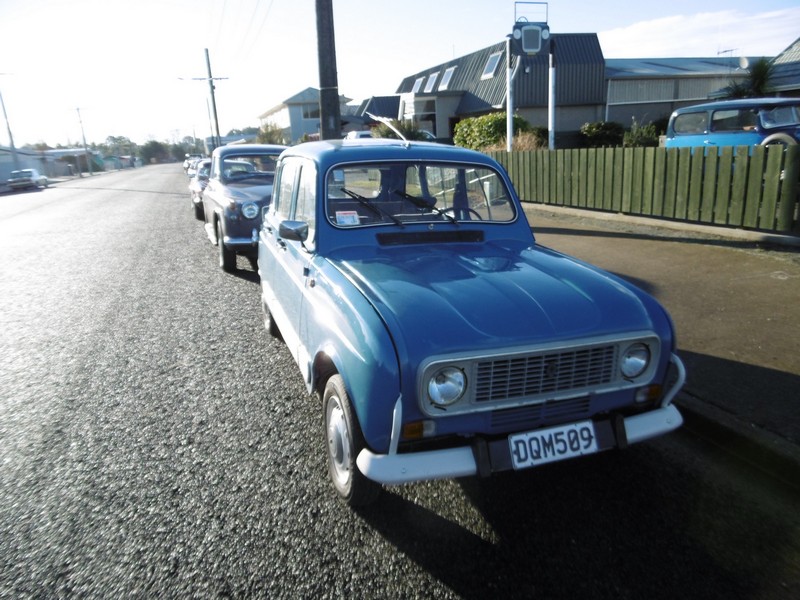 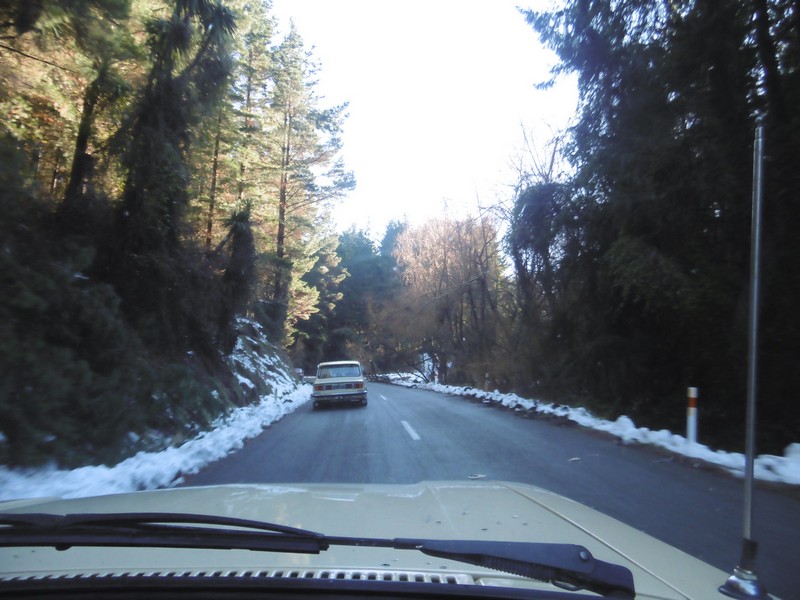 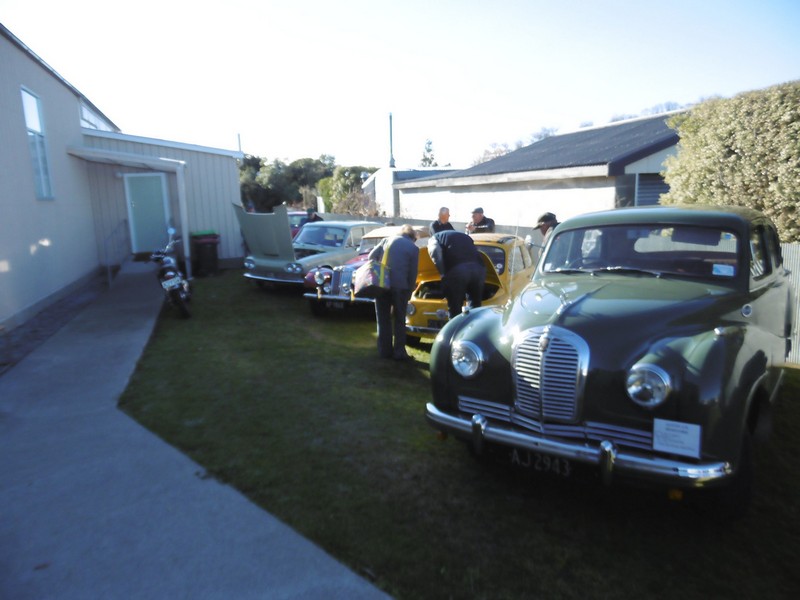 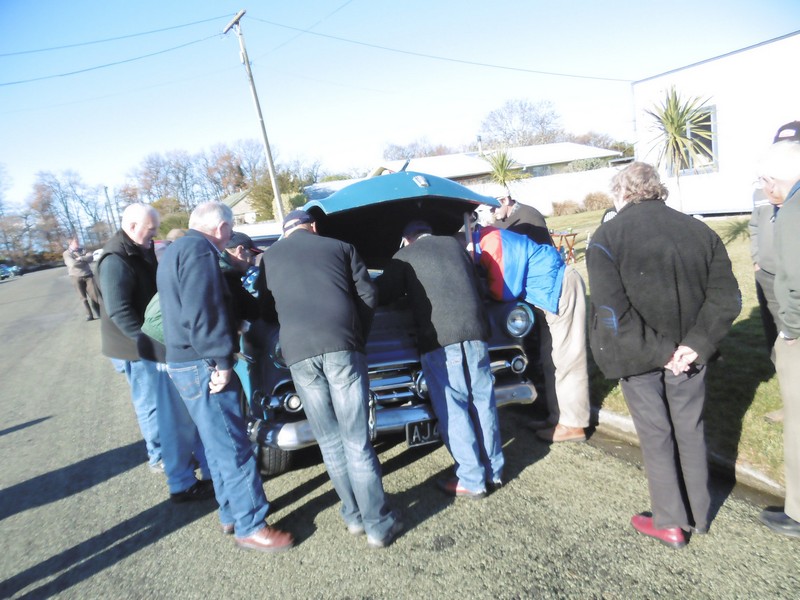 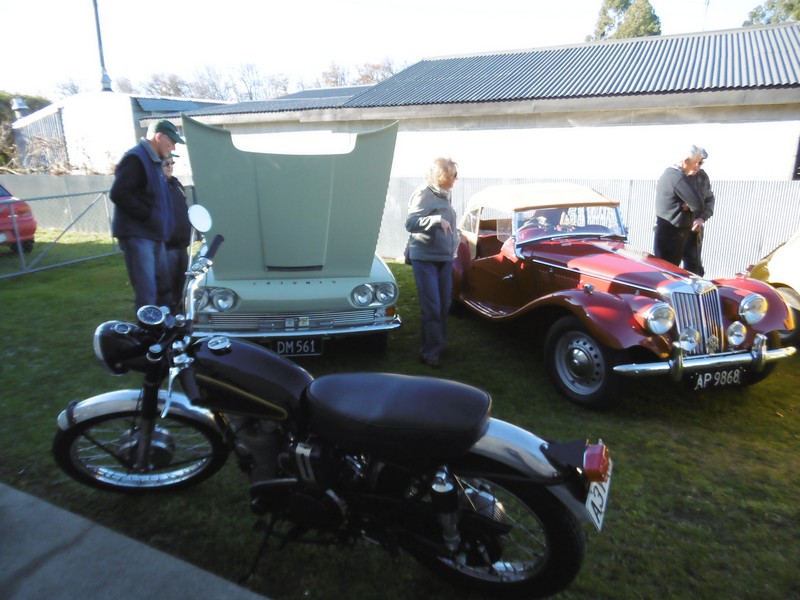 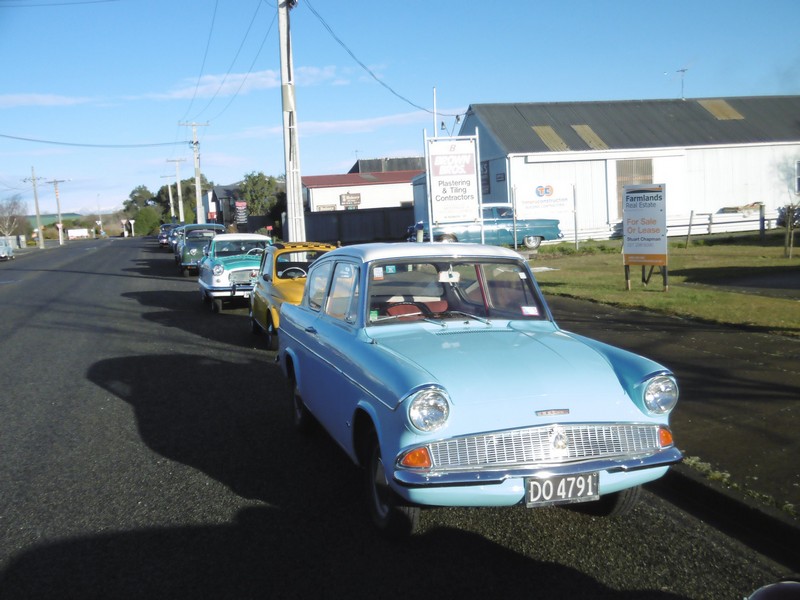 On Sunday 21 June, a fine fleet of over 30 vehicles materialized outside the clubrooms for this year’s restoration rally. This run is a new approach for the traditional ‘End of Season’, a celebration for members vehicles restored from over the last 12 months.

With members warmed up by the cups and teas on offer, it was on the road by 10:30, on a route most ideal for snowchasing, owing to the recent wild weather across rural South Canterbury. Leaving the clubrooms, it was a trip up into Fairview, and down into the Holme Station area to reach the Pareora Gorge. Once the Gorge was negotiated, we were greeted by a welcome sight of snow, laid across Cannington. A quick run was made up Clelands Hill and down into Totara Valley and Pleasant Point , where stopped on the main street were Dick Edwards, amongst South Canterbury Jaguar Owners Club members, out for a local winter run of their own.

Leaving Point, it was a quick trip out through Waitohi to reach the Te Moana area – and this was where the ‘winter wonderland’ truly appeared. The ground was covered white, though clever use of the council graders meant that no sealed road in the area was impassable, and no vehicle became stuck. The Woodbury township was soon reached and if anything, resembled a rural English Country Village at Christmas.

Approaching the intended lunch stop of the Woodbury Domain, vehicles were soon greeted by the sight of John Foster’s 1958 Daimler Majestic at the entrance – John giving members precise verbal instructions for the ‘alternate wet weather’ lunchstop, down the road, and through Geraldine to Winchester.

Once Winchester was reached, Alan Patrick duly had vehicles guided into spaces outside the Winchester Hall, a landmark within the district since the late 19th century. The hall was well organized, with tables and chairs laid out – no one missing out on a seat.

Holding pride of place in the garden outside the hall were the restored vehicles – Tony McGillen’s 1952 Austin A70, Russell Dale’s 1954 MG TF and Neil Manchester’s AJS motorcycle were present, along with two restorations only recently on the road, and new to our runs; Tony Schischka’s 1968 Fiat Bambina, and Frank Bray’s 1969 Triumph 2000 – all had members crowding around, and it was a hard choice to vote which one was the favourite for the peoples’ choice.

It was not only the newly restored vehicles gaining attention, Bernie Fairbrass’ 1958 Austin A55 and Stick Campbell’s 1954 Ford Customline also had crowds around their engine bays. Across from the hall, a number of older vehicles having seen better days, including a Vintage Morris Oxford, a Fiat 124 and a Riley Pathfinder, were spotted in a back yard, and once a couple of members went down the back of the section, a fair majority followed. 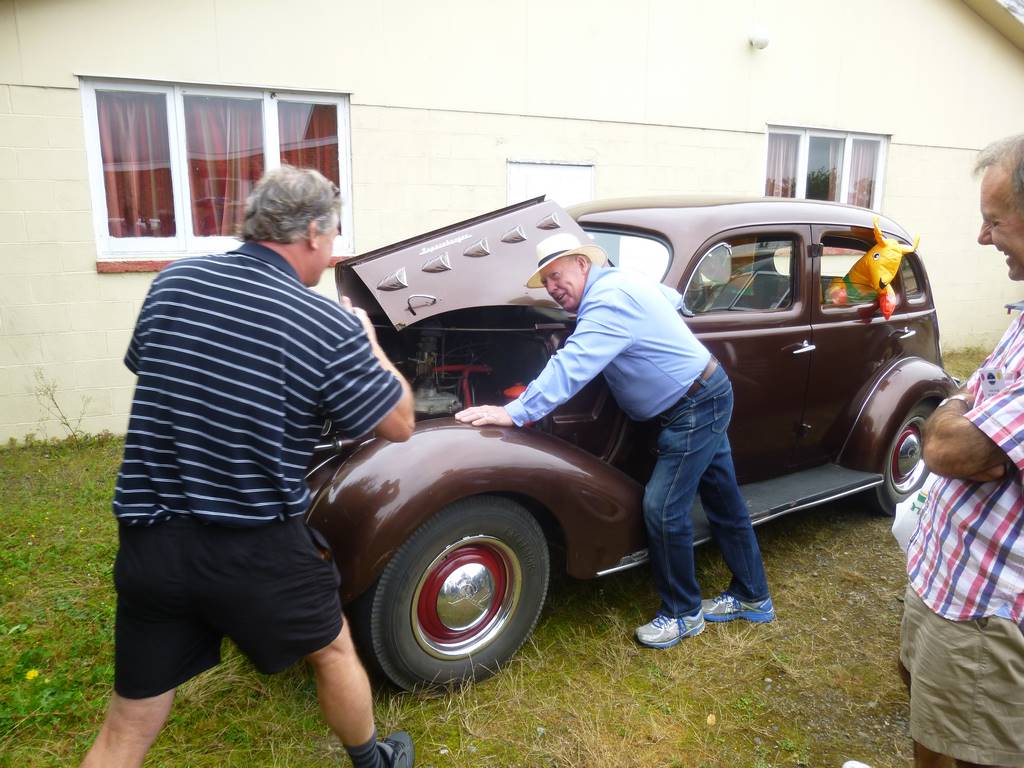