On Sunday June 2, our celebration of British motoring took place. Organized by by Neil Manchester and supporters, over 100 British cars infiltrated the Caroline Bay northern carpark, for a day’s sunny winter motoring.

There were a wide array present, plenty of the various BMC and BL product, Vauxhall, Rootes and Ford. There were a few uncommon sights present, examples including an Aussie built Ford Zephyr Mk2 ute, a Ford Mk4 Zodiac Estate, and the Westoby family’s Alvis TA21. With the Luscombes busy on raffle duties, time was spent looking at various vehicles, and catching up with owners, a number of whom from outside the realms of South Canterbury.

After a briefing from Ashley Milliken and the team, our British contingent hit the road at 10:30. Headed down through the port, and out to Beaconsfield and Fairview, we were duly headed west to Claremont’s Whalebones corner, down into Taiko valley and out into Cave – the otherwise 7-day-a-week general store ‘sleeping’ that day due to the closed sign on the door.

While there were groups traveling together, a number were at open road speeds. Headed out back of Cannington, we were soon past one of few rural South Canterbury schools left, and along Cliffs Road – the Escort finding itself briefly airborne at that point over a hump in the road, witnessed by a Jaguar driver.

With Cannington traversed, it was over the Pareora Gorge, with the old dam deep in the valley below. It was after the gorge where one could select a route – a sealed route along Pareora River Road past the former Holme Station sale yards, or the gravel Frenchmans Gully route, meeting up at Gordons Valley Road, a long time stamping ground for the Elworthy family.

Headed due south-west, we soon reached the old school at Bluecliffs, heading along Bluecliffs Road skirting the Otaio River to reach Talbots Road and Lyalldale. Past the old school, closed 1929, we headed up the valley, onto Caird Road, and down to our lunch stop, Southburn.

As it was, this was Neil Manchester’s stamping ground, and he knew the small Southburn township, after many years of events at the hall, could easily swallow up over 100 cars – which it did effectively, participants vehicles filling most spots on the roadside, and within the church grounds. While a fair number set up picnics in the noon day winter sun outside, taking advantage of the food truck outside, others chose the warmth of the hall – this hall being a great reminder of Southburn past, with regard to photographs and memorabilia along the walls, one of note a 1945 presentation recognizing war service to the Southburn Red Cross, signed by King George and daughter Elizabeth.

With time spent looking through the cars and the Southburn township, prize giving and raffle-draws were held, a number of lucky punters going away armed with automotive accessories from the stage.

Thanks Neil and supporters for another great All British Day. 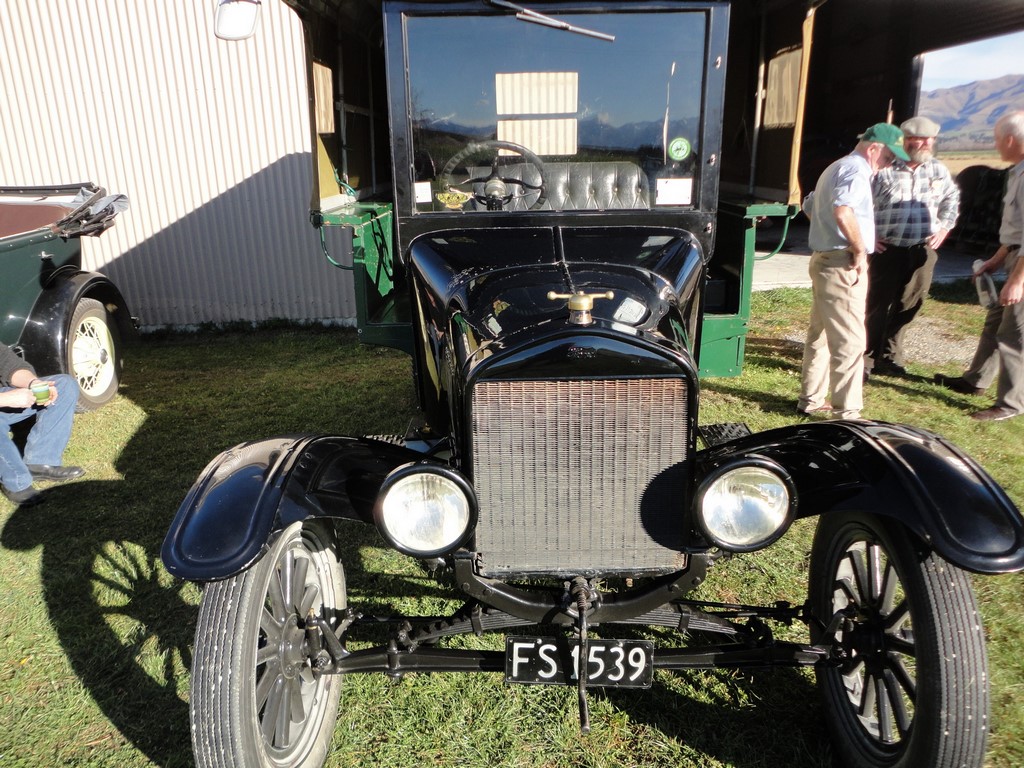