On a bright mid-May Sunday morning at 9:15am, a turnout of over 65 vehicles from between the 1930s and mid-1980s descended upon our Clubrooms for our annual PV/PWV/P60/P80 Rally.

It was all action inside the clubrooms with Ashley Milliken and supporters handing out rally packs, briefings and teas and coffees – outside was a contest of concours judging, and Fairfax reporter Mytchall capturing several vehicles and owners for the following week’s Timaru Herald and South Canterbury Herald newspapers.

With most of us hitting the road at times set on the rally pack, it was a navigational seat for myself, with John Foster and his 1939 straight-8 Buick Sportsman coupe.

Taking the sealed route, we found ourselves soon travelling up into Fairview, down into Beaconsfield, and across Brasells Bridge trying to keep an average to our speed – to reach Southburn, where on the Pleasant Valley Road corner were the Walkers and Michelle Munro on time trial duties – and soon after, a compulsory traffic stop manned by several members, including Colin Hawke, himself once a traffic cop. The stop in question did not involve a breath test, rather a sheet that did not contain a ticket, but an automotive test of wits involving car badges.

Clearing the ‘roadblock’, it was soon a trip through the eastern reaches of Lyalldale and through Bluecliffs, where we were soon greeted by members on the gravel section. Passing the former Bluecliffs School, it was soon a trip down Gordon’s Valley and up over Pareora Gorge and into Cannington to reach our lunch stop, at the fartherest reaches one can follow by road of the Pareora River, Lindisfarne Camp.

Before reaching camp we were all treated to a further test, this time identifying motoring identities – Henry Ford, Louis Chevrolet and the Dodge Brothers being three of the answers, to keep the GM, Ford and Mopar enthusiasts honest – although there was an unnamed Chev enthusiast who did not identify Mr Chevrolet…

This Lindusfarne camp has been for over half a century a familiar overnight stop for many South Canterbury groups, looking to ‘get away from it all into the great outdoors’ – and this great outdoors recreational centre certainly was able to swallow up all vehicles in its garden. With great picnic weather, much time was spent looking amongst the vehicles – sights including two Citroen Traction Avants – one a light 4, the other a 6, and a gaggle of Morris Minors, and for the younger ones and those young at heart – a cliff to climb up at the back of camp. A further interesting aspect to the venue was their newly rebuilt hall, able to fit many a football team and a kitchen able to cater for hundreds, in from the hills after a long day’s recreational trek.

With skies darkening in the valley by mid-afternoon, it was back onto the road, and through Cave and Taiko regions to return to our clubrooms for the prizegiving and to sample a fine spread of baked foods, teas and coffees.

Cheers Ashley, Alan and team for a great run. 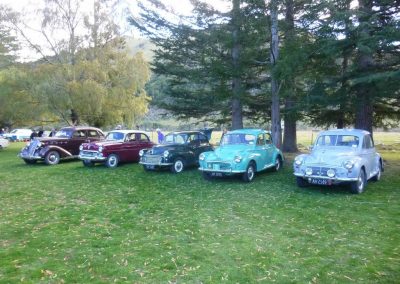 A line up of a Graham, a Vauxhall and Morris Minors 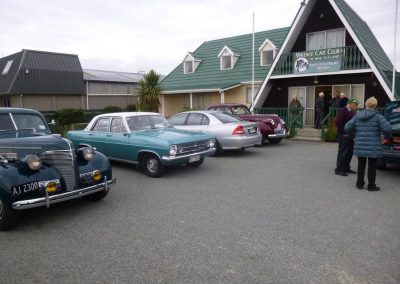 Before the start of the rally 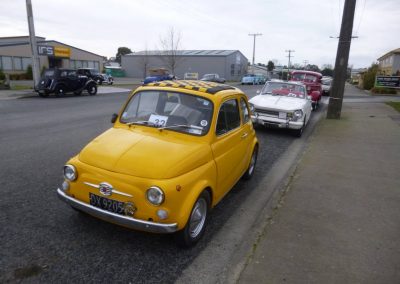 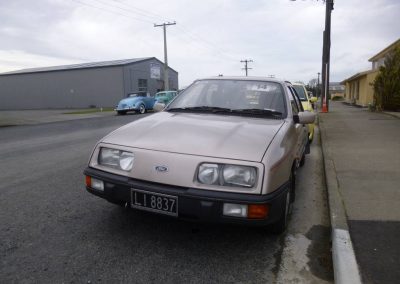 Peter Rhodes’ 1984 Ford Sierra V6 Ghia. Peter is an enthusiast of European Fords, owning several which were sold in low numbers in NZ. 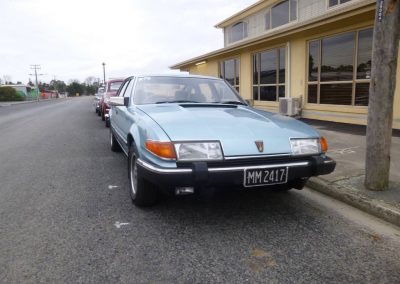 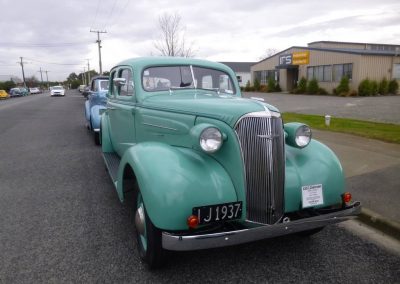 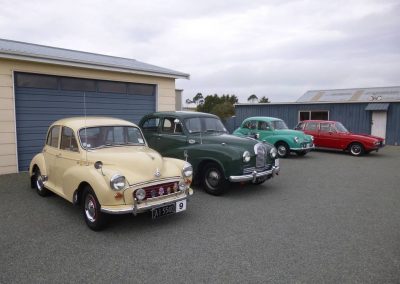 Vehicles lined up for concours judging 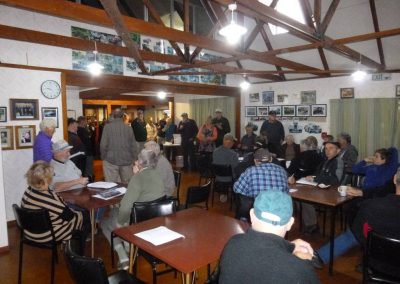 Members in the clubrooms before the start of the PV rally 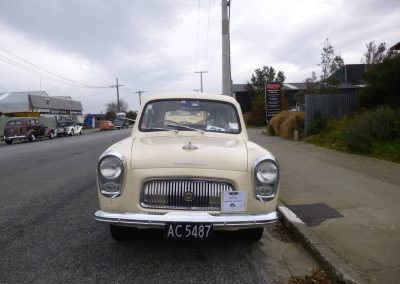 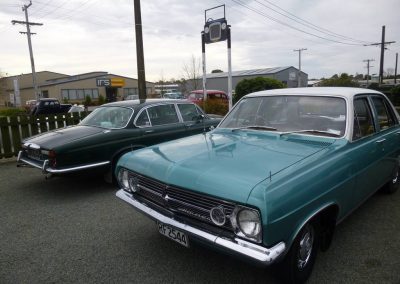 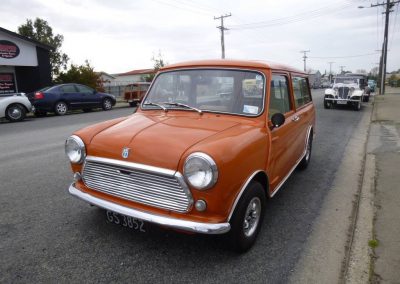 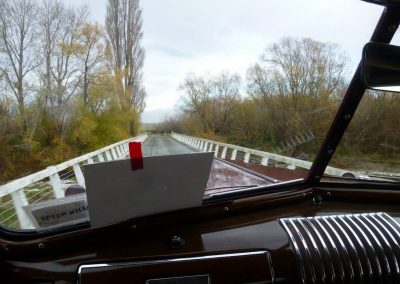 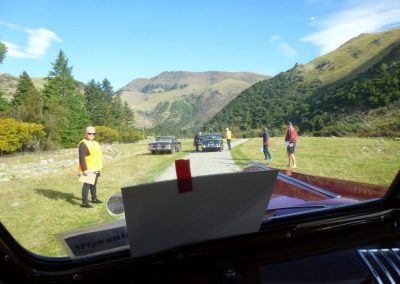 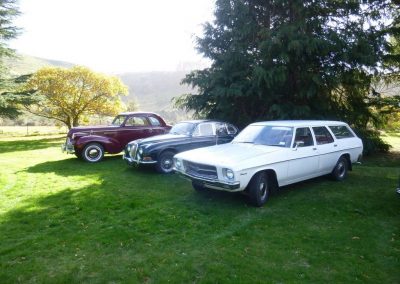 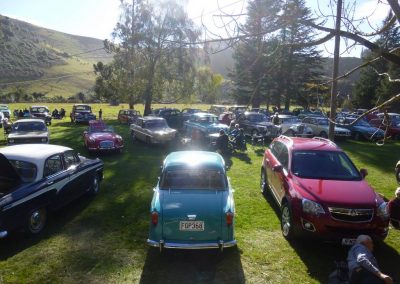 Vehicles in the Lindisfarne gardens 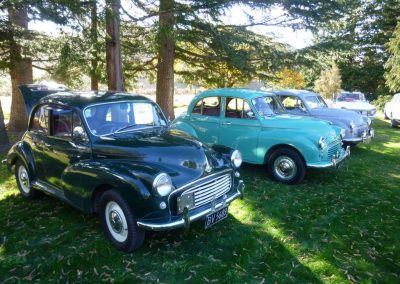 A lineup of Morris Minors. 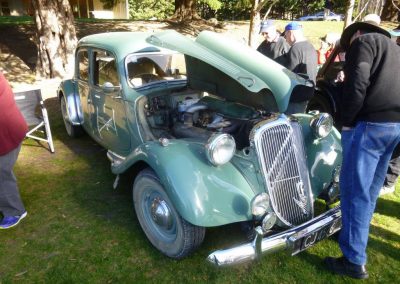 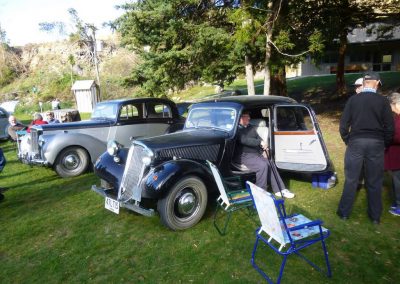 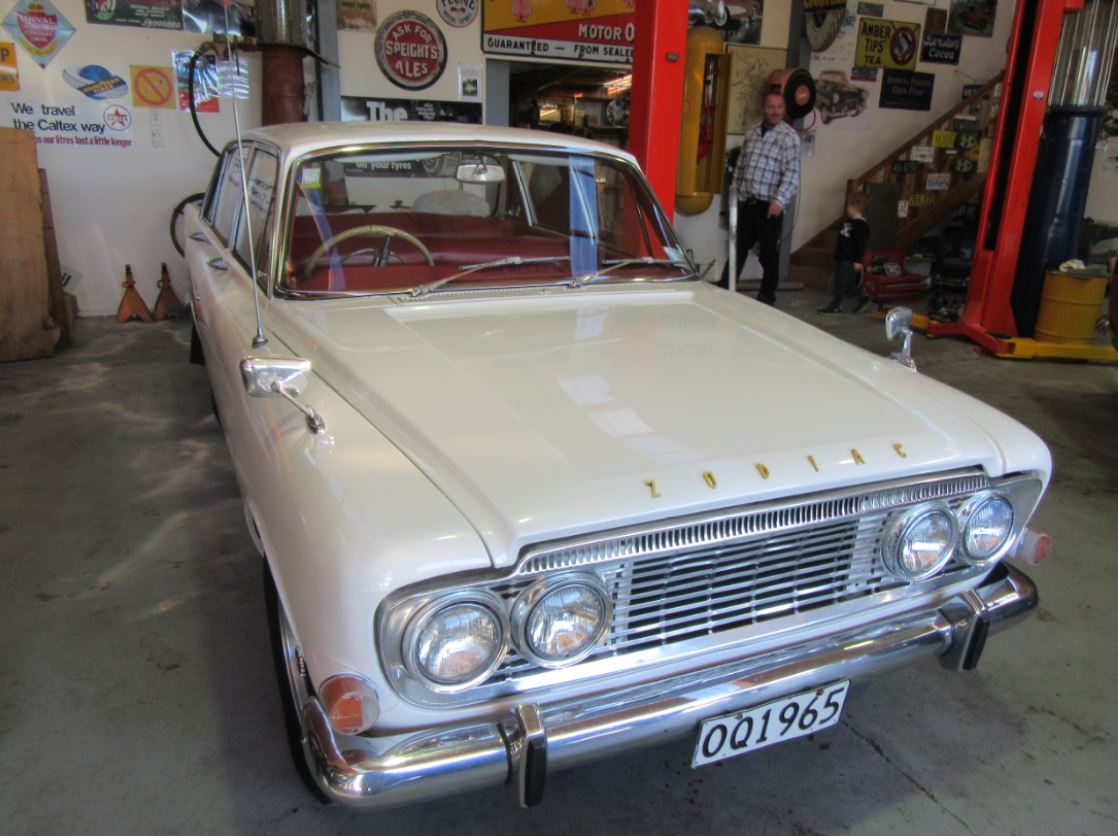